WHAT did you say about me? Employment References and Negligent Hiring 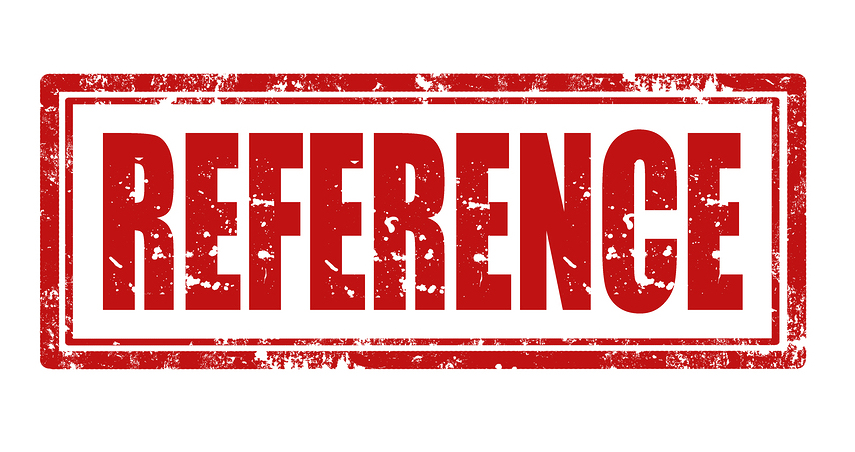 Employees come and go.  And part of that process often involves checking or providing references for future, current or former employees.  What you say, or don’t say, could leave an employee asking, “What did you say about me?” This very simple question is the underlying reason why businesses need to have an employment reference policy.

Why does a company need an employment reference policy?

The main reason?  Managers may be listed directly as a reference for an employee – as opposed to Human Resources.  As such, they need to know exactly what information to provide since they are in essence, speaking on behalf of the company.  There should be a standard “script” of information that should be provided to anyone calling for an employment reference.  If a manager or co-worker wants to provide a personal reference, then the company policy should provide guidance for ensuring the reference being given from the manager/co-worker is a personal reference and does not represent the opinion of the company in any way.

Here’s my rule of thumb – and it’s the advice I provide to my clients and have practiced in my HR experience.  Providing or confirming dates of employment, position/title, and eligibility for rehire is always safe.  And it generally provides the asking party with information they need to confirm what your former employee has listed on their employment application.  Salary information should only be provided with a signed, written release from the former employee.  When you venture into performance information, be mindful that providing that information can be a little tricky.  You don’t want to provide any information that may be viewed as subjective or an opinion.  This is why it’s safe to have HR verify/confirm definitive information, that is void of subjectivity.

What is negligent hiring and how damaging can it be?

Negligent hiring is what happens when a company does not do their due diligence in checking references before hiring someone. What information will you request as part of your pre-screening/pre-employment process?  Negligent hiring can be extremely painful and expensive mistake to learn from.  The legal definition states that negligent hiring is, “a claim made by an injured party against an employer based on a theory that the employer knew or should have known about the employee’s background which if it had been known indicated a dangerous dishonest unfit or untrustworthy character is a failure to use reasonable care to verify fitness for duty.”  The injured party being referenced can be an employee, customer, a vendor or anyone else that the employer is in contact with who is on the receiving end of this harm by the employee.

#1. Woven Metal Products was sued by a former employee’s family in 2015, who died at the hands of another employee. Mr. Young shot and killed Mr. Cadriel with a .38 caliber gun. The negligent hiring claim came about because Woven Metal Products should have known, or done more investigation about, claims that were coming from current employees who were working with Mr. Young.  They had repeatedly explained that he was exhibiting erratic behavior in the workplace. Had they done a background check and conducted employment references, they would have known that Mr. Young had been fired from a previous job for bringing a weapon onto a job site, which likely would have resulted in him not being hired. The result?  A $1M jury award.

#2. In 2011, an Arkansas-based timber company was sued for $7M for a negligent hiring claim because an employee of the company, a timber truck driver, struck and killed the driver of another vehicle.  Had they done a reference check, they would have known that not only did he have prior reckless driving charges, but his license was suspended at the time.  They should have known that.  To make matters worse, he had been employed there for only 19 days before this horrific accident.  This clearly could have been avoided.

Conducting references, background checks and having a policy and pre-employment process is critical for many reasons. Companies definitely want to know if a potential employee doesn’t have a good performance record or if they weren’t honest about their job title or dates of employment (because they trying to cover up a gap which can be explained). But if they’re being dishonest about things that may cause harm to a company, the people whom the company employs, or the population at large, we need to know that information. That information is generally uncovered through the course of pre-employment reference checks and background checks.

Looking to make sure your pre-employment policies and processes are appropriate for your business?  Avoid an expensive lesson and Schedule Your Company Policy Review TODAY!

And don’t forget to subscribe to the monthly podcast by clicking here!